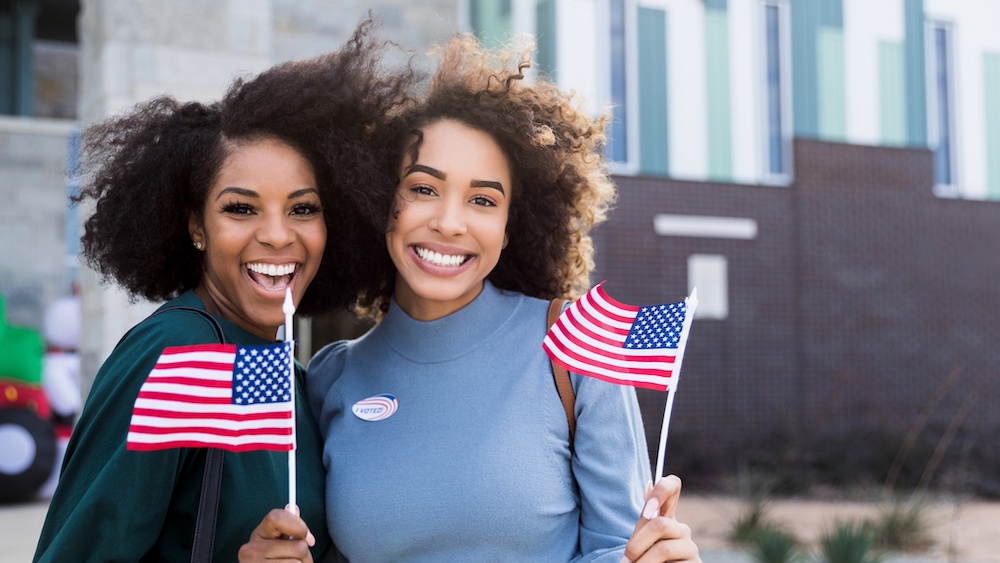 We hope the Democratic party is taking note. As leaders who contributed to the most successful voter turnout effort in American history, we cannot fathom the push to retract from this hard-fought victory and its promise for a fairer, more just and equitable country.

Since we began Black Voters Matter in 2016, we’ve said that there’s no such thing as an off-year. We relish every story that celebrates the Georgia flip and how Black voters shaped the outcome of this critical election cycle. But there are many more stories to tell. The outcome of this election season is not the punctuation at the end; it’s the beginning of a new language.

Those currently in office, thanks to the Black voters who showed up in extraordinary ways, need to recognize it was a big lift to vote and support you in the midst of racial tensions and COVID attacking our communities. 2020 showed us that the barriers put before Black voters have not diminished, including eliminating polling places, slowing down the USPS, and the list goes on and on. Do not take the Black vote for granted. Respect the efforts that put you in a position of power to deliver real results and know that there are concrete steps your constituents expect you to take right now.

The first is additional COVID relief for a country that has already suffered 27 million sick and 463,000 deaths, with 1 out of 735 Black Americans dying from the disease, according to the latest data (for White Americans, that figure is 1 in 1,030). Thankfully, in the pre-dawn hours last week, when Vice President Harris broke the 50-50 tie in the Senate to advance a second stimulus, we saw clear and direct benefits of how Black voters have created a more responsive democracy. The nearly 2 trillion dollar plan will put critically needed resources into the hands of American families, especially those with children, who are barely scraping by in our virus-stricken economy.

While much has been made of whether these checks will be $1,400 or $2,000, the cash is only part of the story. This plan will also speed the public health response — thwarted by the former administration — ensuring Americans are vaccinated as quickly as possible. Working with, instead of against, states, tribes and territories, this effort will help schools safely reopen, expand lab capacity and send mobile units with free doses into rural, hard to reach areas. Equity of access is a critical factor, as early data from the CDC shows perhaps as few as 5% of vaccinations given thus far went to Blacks, and only 11% to Latinos.

Next is the free and fair access to the ballot, for which we are still fighting for with our very lives. The 1965 Voting Rights Act was always a compromise, and the Shelby v. Holder decision in 2013 stripped it, opening the door for the attack on voting rights. It shouldn’t be a surprise to anyone that our home state of Georgia, which delivered the national election and two senate seats, is also now bracing for a wave of bills from the Republican majority that would make it harder to vote. Meanwhile, the Georgia secretary of state is pursuing legal charges against some of the same voter mobilization groups that helped save U.S. democracy.

Smarting from their losses at the polls and knowing that they can’t win elections on their own record or ideas, some Republicans have been speedily and stealthily trying to introduce legislation that would restrict voting. Not isolated to Georgia, the Brennan Center has enumerated efforts across the country, including in Texas, where GOP state lawmakers are pushing to ban sending absentee ballot applications to voters.

The John Lewis Voting Rights Act, introduced last summer, would prevent state legislatures from unilaterally making changes to voting procedures. There’s nothing more important to enshrining the right of Black voters than this legislation. And while there’s enough support in the House, bi-partisan support is needed in the Senate to avoid the filibuster, which is a topic for another essay on institutions intended to strip Black power.

Equally critical to Black voters and millions of other Americans who took to the streets last summer in every state in the country is to declare Black Lives Matter and end police violence. The George Floyd Justice in Policing Act passed the House last year, but stalled in the Senate and must be revisited. We desperately need this legislation to put an end to the practice of chokeholds, which killed Eric Garner, and “no-knock warrants” which the Louisville police carried into the home of Breonna Taylor, who was then shot in her own bed. Many additional provisions and legislation like the Breathe Act would protect people, overwhelmingly people of color, from police practices and misconduct that have claimed and damaged far too many lives.

Black voters have given President Biden, Vice President Harris and progressive congress members in both houses, the ideal conditions under which to govern. We’ve given them a mandate and the majority needed to see it through. We are networking with local groups and building power in Alabama, North and South Carolina, Texas and Florida.

Time and time again, Black voters have showed up in efforts to help save democracy. Now is not the time for the country to get comfortable. For generations, the country has suffered under the weight of white supremacy and racial injustice. For four long hard years, Black voters and other people of color have had to mentally and emotionally endure a deeply racist president. Black voters demand that our new administration and governing bodies be unapologetic in moving the country forward and passing smart legislation that will build bridges, open up opportunity and access, and right the wrongs of the past. If we don’t, the drop off the Democrats feared in 2016 will come to fruition and the wave of Black voter power that delivered them to this moment may disappear.