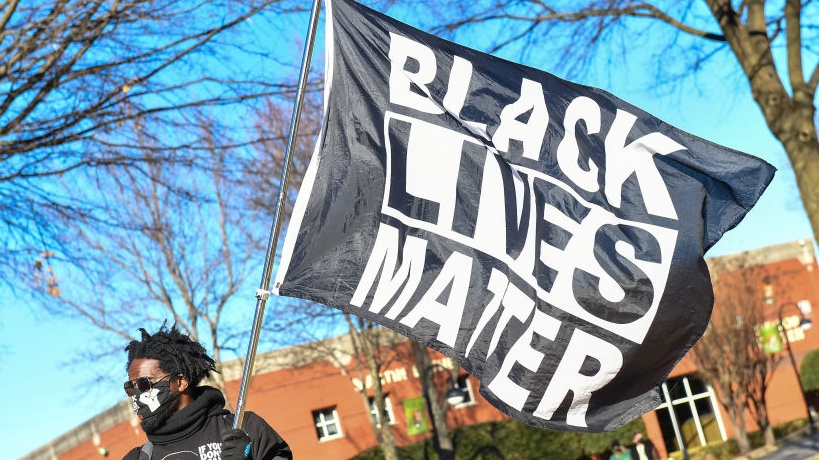 In the historic year of 2020, which marked a significant juncture in the fight for equality, the national Black Lives Matter organization raised more than $90 million and spent about $8.4 million in total expenses. The financial documents, which were recently shared with the Associated Press, revealed that a large portion of the donations came from the organization’s main fundraising platform.

“This has been a record-breaking year for fundraising, which has been matched with just as historic an amount in campaign budgets and grant disbursements,” the Black Lives Matter Global Network Foundation wrote, according to CNN.

Although the foundation received an average donation of about $30, the documents didn’t reveal the names of any prominent donors. Black Lives Matter’s yearly expenses included staffing and other administrative costs, as well as civic engagement, rapid response and crisis intervention. The activists also paid out more than $22 million in grants to local chapters and Black-run organizations around the country.

After spending about a quarter of its assets on grant funds and other charitable giving, Black Lives Matter ended the year with a balance of more than $60 million.

The group, which has been publicly pressured to be more transparent, revealed a detailed look at its finances for the first time in its eight-year history. A group of 10 chapters, known as the #BLM10, was among those who complained about the lack of donor transparency. In a letter last year, the #BLM10 said most chapters have received little to no financial resources from the movement since 2013.

“Because the BLM movement was larger than life — and it is larger than life — people made very huge assumptions about what our actual finances looked like,” Black Lives Matter co-founder Patrisse Cullors told the AP. “We were often scraping for money, and this year was the first year where we were resourced in the way we deserved to be.”

Last year was marked by the killings of George Floyd, Breonna Taylor, Ahmaud Arbery and many other Black people who died at the hands of police. Protesters around the country demonstrated in the streets throughout the summer, using Black Lives Matter as a rallying cry to and demand systematic change. The demonstrations were also seen in many more countries around the world.

Moving forward in 2021, the activists said they’re focused on economic justice, particularly with the goal of uplifting those who have been impacted by the coronavirus pandemic.

“One of our biggest goals this year is taking the dollars we were able to raise in 2020 and building out the institution we’ve been trying to build for the last seven and a half years,” co-founder Patrisse Cullors told the AP.

As Blavity previously reported, Cullors joined Alicia Garza and Opal Tometi to launch Black Lives Matter in 2013 after the death of Trayvon Martin and the acquittal of his killer, George Zimmerman.

On Giving Tuesday last year, the movement raised more than $80,000 for its six local organizations, CNN reported. On June 2, the seventh day of protests over the death of George Floyd, 1.9 million people visited the Black Lives Matter website. That was a 5,000 percent increase from the site’s most trafficked day in March.