A weeklong series emphasizing investment in Black cis and trans girls is having its inaugural launch this week.

Through virtual programming, Black Girl Freedom Week, which takes place between Feb. 14 to Feb. 20, aims to mobilize investments “in the brain trust, innovation, health, safety, education, research and joy of Black girls and their families.” 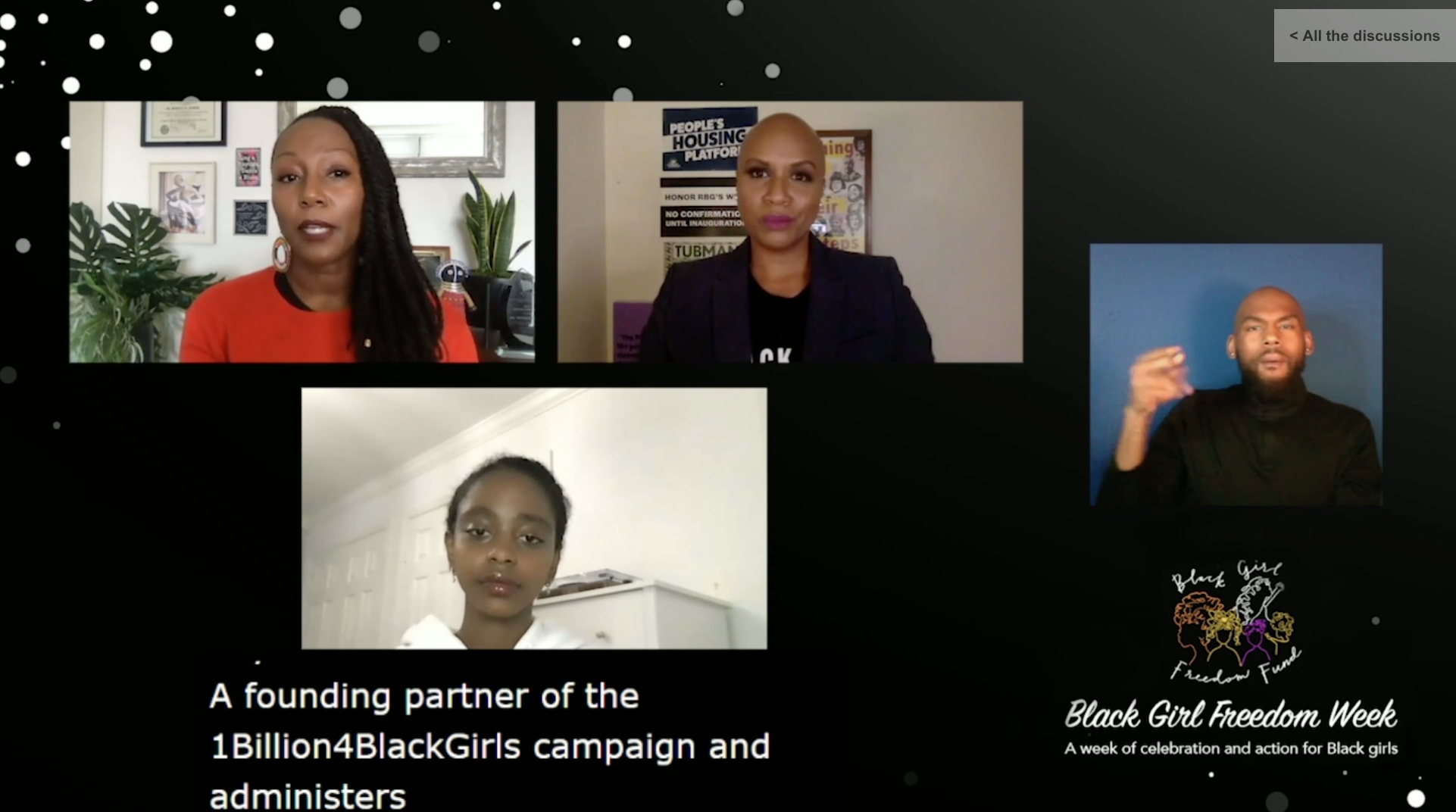 To open the series, Scheherazade Tillet, co-founder and Executive Director of A Long Walk Home, and Sheila Zephier, Director of Community Engagement at Minnesota Indian Women’s Resource Center, led a conversation in recognition of the 19th Women’s Memorial March about cross-movement efforts to protect girls of color from trafficking.

“Black Girl Freedom Week is a dedicated time and place to nourish and foster community and belonging for girls who have few spaces to strengthen their identity as leaders, change-makers and visionaries,” Executive Director Monique W. Morris, Ed.D. said.

On Tuesday, DJ and creative director Quiana Parks hosted an hour-long uplifting music set. Other programming includes an “artistic visioning” session led by multi-hyphenate creator Kelly McCreary, a yoga session inspired by Toni Morrison and Audre Lorde and a conversation on policymaking that would ensure safety and justice for Black girls and women.

The Black Girl Freedom Fund was set up by a group of influential women in the fall of 2020 in honor of the 57th anniversary of the 16th Street Baptist Church bombing in Birmingham, Alabama. The goal was to raise $1 billion to invest in the development of Black girl leaders. The fund supports work that advances the power of Black girls through organizing, asset mapping, capacity building, legal advocacy and narrative work that seeks to end structural violence against Black girls.

As Blavity previously reported, researchers have recently discovered that Black girls were less likely perceived as girls and more likely to be treated as women compared to white girls. According to a report from the Georgetown Law’s Center on Poverty and Inequality, “adultification bias” is a social construct that subjects Black girls to harsher treatment and higher standards in school.

“Black women and girls really attributed the source of this to the historical roots of slavery and the intersectionality of being Black and a woman,” Jamilia Blake, a Texas A&M professor and a co-author of the report, said. “These issues didn’t come out of the blue.”

She added, “almost all the Black girls and women we talked to said they’d experienced ‘adultification bias’ as children. And they overwhelmingly agreed” that it led adults to treat them more harshly than their peers.

The study found that as students, Black girls and women reported they were considered aggressive, loud or difficult for standing up and advocating for themselves. It also found that adults often viewed Black girls as more violent and aggressive, which has led to higher rates of suspension.

“We launched Black Girl Freedom Fund because we know that investing in Black girls and women’s leadership, innovation, wellness, and advocacy and joy is necessary for our collective freedom,” Morris said.