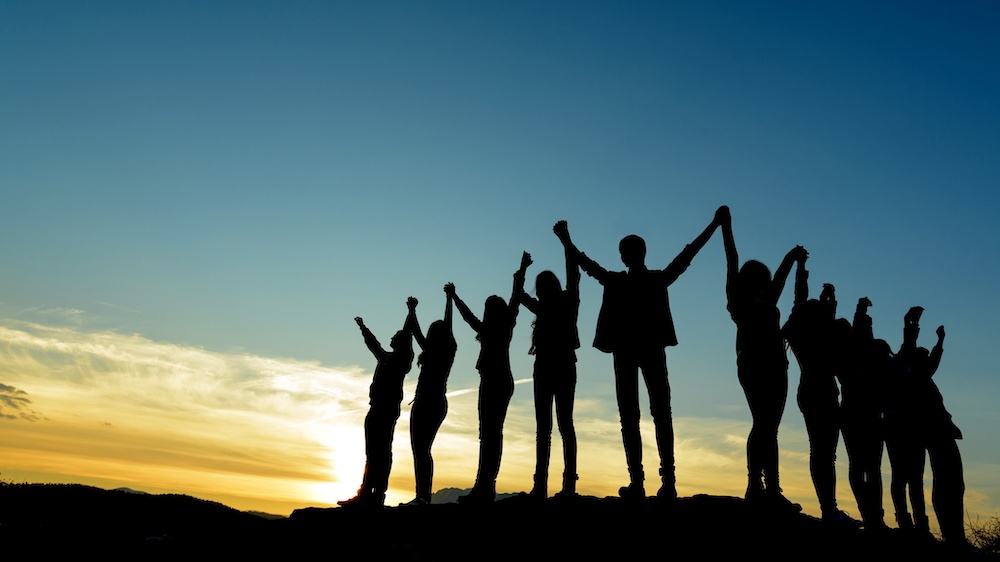 At a time when too many discussions about race and ethnicity reflect division rather than mutual respect, it’s important to talk about something that unites and divides us all. We have to acknowledge the essential goal of our time: the collective decolonization of all the people in this nation.

People think of colonization as something that happened long ago, but we still live with its consequences.

Indigenous people like mine, who lived for thousands of years on land that the United States claimed as its own, were violently removed from our ancestral lands, and forced to live on  reservations. We were killed off — quickly, with bullets and disease; or slowly, as our way of life was taken away from us. Today, we are still bound by chains of colonization. Authorities tell us how to breathe, live, think and eat. They tell us what laws to follow, and what happens when we break them.

But in the Pine Ridge Reservation in South Dakota, we are finding our way back to self-determination. We are writing our Oglala Lakota Nation’s healing story, and the destination is liberation — liberation deeply rooted in healing and in the collective well-being of every community member.

Our reservation is bigger than Delaware and Rhode Island put together, and includes some of the poorest counties in the country. We live with food apartheid, a dearth of good job opportunities and a lack of quality, safe housing. The way we live now doesn’t follow our ancestors’ way of living, which included a strong, self-sufficient community that moved to different places in different seasons.

But every place has its own collective wisdom, and we are finding solutions for our own community in the genius of our own people. We have established a demonstration farm, community gardens, and a farmers’ market, all of which are helping us move toward food sovereignty. We are redefining and building community wealth through our Social Enterprise Initiative, which helps incubate and support worker-owned small businesses. We are teaching Lakota language, lifeways and spirituality, and providing our young people places to gather. We are reclaiming our autonomy over how we live, work and play. Most of all, we are changing mindsets. We are shifting our communities away from a poverty and survival state of being, and once again thinking, acting and feeling as Lakota.

It’s the same kind of approach, deeply rooted in community and culture, that so many Black communities have taken when faced with the same kinds of traumas. And of course African-Americans know only too well how the evils of colonizers — who created the global slave trade — are compounded by structural racism, and continue to harm and oppress Black lives centuries later.

The COVID crisis offers another example. Because of structural and systemic racism, Black and Indigenous communities are suffering disproportionately from a lack of access to good healthcare and a greater exposure to risk. After adjusting for age, the CDC says Black Americans are dying at a rate of almost three times that of white Americans. In South Dakota, Indigenous people make up about 9% of the population, but nearly 25% of COVID-related hospitalizations.

And still, we keep going: Black and Indigenous people alike are drawing on the strength of community to get their brothers and sisters through the pandemic. Indigenous people and Black people are on the same side of history — the right side of history. We are extracting ourselves from the colonizers’ way of thinking, and finding our own balance and liberation based on the values that have always guided our ancestors.

With so much in common, my question is this: how can we — Indigenous people and Black people — become stronger allies? There is great strength in unity, if we can find a way to support each other while respecting boundaries, and to make ourselves heard without pushing each other aside. We can recognize our common enemy: collective colonization and its after-effects. We can tell each other our true herstories. We can learn from each other about healing our communities. We can ask what we’d like from each other.

There will be awkward moments. For example, I see Black NFL players taking a knee to protest inequality and police brutality, and I want to applaud — until I see they are wearing the uniform of the Kansas City Chiefs. These are the difficult conversations we must work through together.

But I believe we can find a place to stand together and bring collective decolonization to our own communities and to the entire nation.

We are seeing small first steps in Washington. President Joe Biden signed a memorandum ordering that “respect for tribal sovereignty will be a cornerstone” of Washington’s relationship with Indigenous nations. He also signed executive orders halting the Keystone XL pipeline and blocking new oil and gas drilling permits on public land.

Many Indigenous women are taking on leadership roles in the Biden administration. Wahleah Johns, a Navajo woman who founded Native Renewables, is serving as Director of the Office of Indian Energy at the Department of Energy.  And for the first time, an Indigenous person, Rep. Deb Haaland (D-NM), has been nominated to lead the Department of the Interior, which includes the Bureau of Indian Affairs. The BIA has a troubled relationship with the Indigenous people it is supposed to serve, and my hope is that Haaland will begin the conversation about dismantling it entirely.

It’s not surprising that a white senator from Montana is trying to delay Haaland’s nomination, citing her support for environmental and energy policies he says are a threat to his state’s “way of life.” On the other hand, Rep. James Clyburn (D-SC), the House Majority Whip and the highest-ranking Black member of Congress, pushed Biden to nominate Haaland in the first place — an example of allyship between Indigenous and Black Americans.

Rather than worrying about a “way of life” built on colonizing other people, white people must have the courage to proactively dismantle broken systems they have benefited from, respect all people as equals and work to consign white privilege to the history books. They must join with Black people, Indigenous people and people of every race and ethnicity to build a nation where each community determines its own liberation, each respecting and uplifting the others.

We all must occupy this land, first and foremost, as respectful stewards, humbling ourselves to know we are only a small part of the world’s ecosystem. Then we must realize that each of us and each of our communities has a role to fulfill, and each of these must be in balance with all the others. It is not a struggle for power or control; rather, it is a fight for balance and respect.

We must stop clawing for the scraps from the colonizer’s table, and have the strength to reimagine a new future with systems and practices that benefit all people. Then, and only then, we will live in a stronger, more just and more perfect union.

Tatewin Means is the executive director of the Thunder Valley Community Development Corporation, which serves the Pine Ridge Reservation in South Dakota. An Indigenous woman from the Sisseton Wahpeton Dakota, Oglala Lakota and Inhanktonwan nations, she has served as the attorney general for the Oglala Sioux Tribe and the graduate studies department chair at Oglala Lakota College.