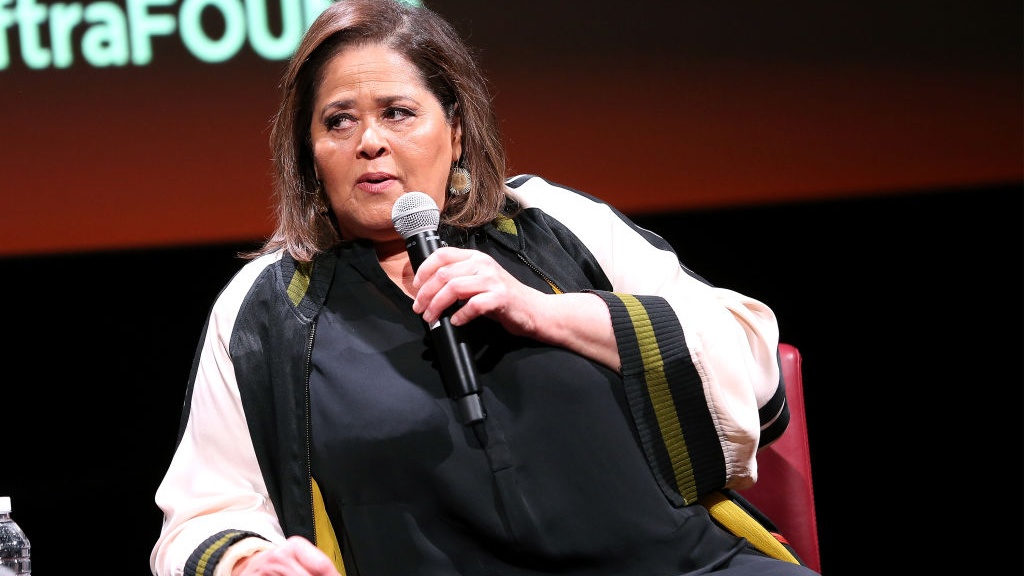 As Black History Month reminds so many Americans of just how far Black people have come, it also prompts reflections on the storied past of the ancestors — of the nation that they built, brutally and without thanks. For playwright and actress Anna Deavere Smith, the month conjures up memories of a time of assassinated Black leaders, racist leadership in the South and newly integrated white women’s colleges. In an essay for The Atlantic’s Black History Month series, “Inheritance,” Smith revisits her experiences attending a predominantly white college as a Black woman in the 1960s.

The Atlantic defines their “Inheritance” project as that of one “history, loss and the resilience of memory.”

It was the brainchild of managing editor Gillian White. White told Blavity that the true story of Black history demands exploring — and may only be told, in its raw truth, once freed from the censorship of mainstream narrative.

The goal of “Inheritance” does not rest simply on connecting Black people to their personal lineages, White explained. It’s also about placing Black people where they belong: sewn into the quilted center of the fabric of America. The series seeks to empower by way of both retellings of Black familial legacies and historical data.

“Do I think we are going to rectify 400 years of suppressing the true story of this country, both the brutal and the brilliance that has been visited upon the Black community? No, not necessarily,” White said. “But what I do think has power and has agency, especially in this moment, is giving people access to those stories and helping them fill in the blanks of American history, and putting Black history where it belongs, which is front and center and intertwined in the story of this country, in a place that it hasn’t necessarily been before in mainstream storytelling.”

In her autobiographical essay for the project, “The Good-Girl Struggle,” Smith depicts her 1968 freshman year at Beaver College when an effort to integrate women’s’ colleges placed a fork in the path that her father had hoped she’d travel to an HBCU. Smith captures a conversation between herself and Karen, another member of the seven “Beaver College Blacks,” as Smith refers to the group of Black students at the small, suburban school nestled outside of Philadelphia. As Karen admits in her conversation with Smith, it was 1968 — and the girls were met with a less than warm welcome.

“You have to think of that whole period of time as almost like an old car, compared to a Tesla now, or a rocket,” Smith told Blavity. “It was a very crude version of what we now call equity, diversity, and inclusion. That was really the Wild, Wild West. Those years in the late ’60s were the first time ever that there was an actual move across the country to bring African Americans into these white environments, and also to bring women into these environments that had been all-male. Even so-called integration only happens as much as the people themselves care to engage. It doesn’t mean people are going to get close enough to each other to change the way they think or the way they live their lives.”

“The Good-Girl Struggle” is a time capsule. In it, stand preserved the nuances of Black identity, in a moment when the middle class was becoming increasingly accessible. Smith remembered the innocent — albeit probing — questions of her white roommate in her first year at Beaver College. As Smith wrote, in that time, even surface-level inquiries about family size could be used to gauge class.

Still, she recalls, the Black students of Beaver College would not be deterred by feelings of insecurity or unworthiness. At least, not for long.

“That self-consciousness that we had to carry about being in an environment where we didn’t belong, and also that fear that we could make the wrong move, had a burden that went away in a year,” Smith told Blavity. “The next year, the sophomores came in and were much freer than we were. And that had to do with the death of Martin Luther King and the rise of Black Power. Freedom means many things. We would like freedom to mean equal opportunity, and fewer people in jail, fewer people dying, but there was also at that time, just a freedom to get from the self-consciousness that we all felt in that environment.”

Indeed, Smith found herself at the largely white Beaver College as Black America underwent its historic transition from the non-violent pursuits of the Civil Rights Movement to the righteous demand for Black Power, catalyzed in part by King’s assassination. In their grief, Smith and the other Beaver College Black students were inspired to make what small changes they could on their campus — organizing for the hire of a single Black professor and the campus’s first-ever Black studies course. While Smith calls the results of their efforts to diversify the campus an accomplishment, she said the moment was incomparable to what she imagined HBCU students shared in the wake of King’s killing.

“I think if I had been at an HBCU when King was killed, it would have been like a family funeral. It would have been like the nation was when [President John F.] Kennedy died,” Smith said. “Here I was in this place where a lot of white girls were just concerned about curfews that were going to keep them from going on spring break. At Spelman, or Howard, or Lincoln or other HBCUs, I think the mourning would have been palpable on a very large scale.”

As it were, Smith was awarded an honorary degree from Spelman College. A moment that she said tethered her to the immense history of legacy and activism that surrounds the school.

“It means so much to me,” she said. “The sisterhood. As I sat there on that stage, getting that honorary degree, and I saw all those young women out there, I just felt the power of that history. The history of sororities that got involved in the anti-lynching movement even as early as 1901, 1902. The legacy of Black women in service.”

Still, Smith was not at an HBCU when King Jr. died. Instead, she and the six other Black students at Beaver were left to face a racist dean from Virginia, who sought to cast a shadow of intimidation over their efforts to bring a Black professor to the school. In “The Good-Girl Struggle,” Smith explained that she relied on comedic impressions of the racist dean as a salve for the pain she’d inflicted. Another exercise in the long-employed strategy that Smith, like so many Black performers, have relied on in tough moments, she told Blavity.

“As a child I was a mimic. In part, to convene people. People who wouldn’t normally want to even stand next to each other would come watch me do the teacher,” Smith remembered. “As I say in the piece, when you laugh you bare your teeth. One of the paintings I love very much is ‘The Comedians,’ by Mexican painter Rufino Tamayo. When you look at the picture, the comedians look more like butchers. If you know any comedians, you know they are not necessarily happy people or nice people; that’s why we have this notion of biting humor. We need our Black comics, we need our humor because sometimes it takes the place of violence. Comedy is a form of resistance and resistance is a critical part of our survival.”

And survive, Black people have. White said that stories like Smith’s, and the whole of “Inheritance” are aimed at the next generation: a nudge to remember who they are, despite propaganda or historical erasure: