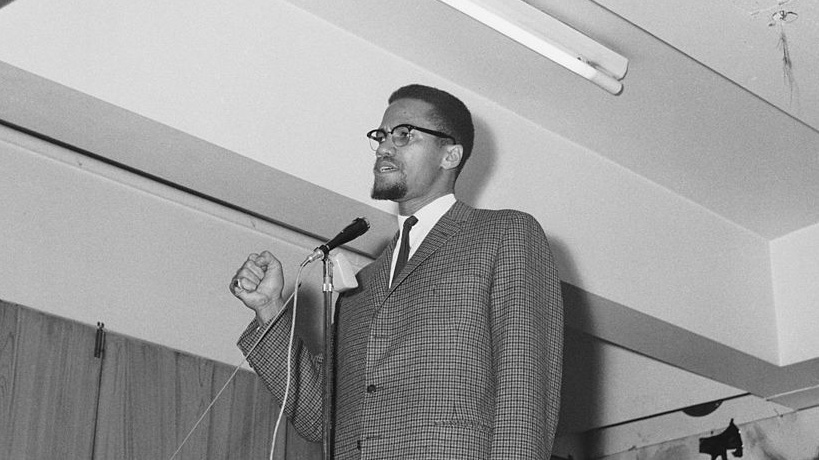 A former NYPD police officer had a dying wish to have his letter, in which he admits he’d been a part of covering up the assassination of Malcolm X, read following his death, Reuters reported.

In the letter, the now-deceased ex-undercover NYPD officer Raymond Wood implicates his department and the FBI in ensuring the successful assassination of Malcolm X.

“I participated in actions that in hindsight were deplorable and detrimental to the advancement of my own Black people. My actions on behalf of the New York City Police Department were done under duress and fear,” Reggie Wood, Raymond’s cousin, read from the letter at a press conference held just one day before the 56th anniversary of the historical event.

On February 21, 1965, 21 bullets hit Malcolm X during a heavily attended speaking engagement at the Audubon Ballroom in Washington Heights, New York City. The controversial civil rights leader died at 3:30 p.m. that same day. For years, it has been alleged that police officials had been involved in the assassination, however, there was not much tangible evidence to support these claims.

Now with the revelation of Raymond’s letter, the family of Malcolm X wants the case reopened, according to BBC. Three of his daughters, along with civil rights attorney, Ben Crump, attended the press conference at which the letter was read.

“Any evidence that provides greater insight into the truth behind that terrible tragedy should be thoroughly investigated,” Malcolm X’s daughter Ilyasah Shabazz said at the press conference.

Raymond’s letter describes the scene at the Audubon Ballroom before the assassination, explaining that there was no security at the doors that day because he had played a part in the arrests of two members of Malcolm X’s security team just before the shooting.

“Under the direction of my handlers, I was told to encourage leaders and members of the civil rights groups to commit felonious acts,” the letter read.

He further confessed that the now-deceased Thomas 15X Johnson had been wrongfully convicted for the murder. Johnson, along with Norman 3X Butler and Talmadge Hayer were all convicted for Malcolm X’s murder and sentenced to mandatory life sentences with the possibility of parole after 26 years and eight months. Butler, who has maintained his innocence was paroled in 1985; Hayer was paroled in 2010. Johnson was released in 1987 and died in 2009.

Last year, the team that worked to exonerate the group of men formerly known as the Central Park Five
announced that they’d be working to reopen the case following the popularity and skepticism that derived from the Who Killed Malcolm X? documentary.

“There’s been considerable doubt about the guilt of two of the three men convicted in the assassination of Malcolm X,” Phil Bertelsen and Rachel Dretzin, co-directors and producers of the documentary, told ABC News.

Prompted by such considerable doubt, members of the Innocence Project met with Manhattan District Attorney Cy Vance to discuss the case.

“[Vance] has determined that the district attorney’s office will begin a preliminary review of the matter, which will inform the office regarding what further investigative steps may be undertaken,” Vance’s spokesman, Danny Frost said in a statement emailed to ABC News.

The FBI has not yet responded to Raymond’s letter, however, the NYPD has released a statement.

“Several months ago, the Manhattan district attorney initiated a review of the investigation and prosecution that resulted in two convictions for the murder of Malcolm X. The NYPD has provided all available records relevant to that case to the district attorney. The department remains committed to assist with that review in any way,” the statement read.

Raymond’s family would not say how or when he died, however just that he believed revealing this information while he was alive would have been detrimental to his livelihood. His complete letter has not been released, although footage of Reggie reading the letter is available.